Responding to Covid: meeting the needs of our youth

'Responding to Covid: meeting the needs of our youth; building resilience for an inclusive recovery - talk and panel discussion’

Main Speaker
Sister Jayanti - European Director, Brahma Kumaris
Sister Jayanti is European Director of Brahma Kumaris World Spiritual University and their NGO Representative to the United Nations, Geneva. For over 50 years, she has been an emissary for peace. She has a vision and experience that is truly global and deeply spiritual. Sister Jayanti sees the erosion of spiritual values as the underlying cause of the crises that the world is facing today
Moderator
Cllr. Ketan Sheth
Ketan Sheth is a Councillor for Tokyngton, Wembley Hill & Wembley Park in the London Borough of Brent. He chairs the Brent Council’s Community and Wellbeing Scrutiny Committee and is a member of North West London Joint Health Overview and Scrutiny Committee. He is a lawyer by profession and sits on a number of public bodies, including as Chairman of the Valuation Tribunal for England and Lead Governor of the Central and North West London NHS Foundation Trust.
Panelists
Tonna Ezeajughi – Brent Youth Parliament
Tonna Ezeajughi is 16 years of age and secondary school student at Gunnersbury Catholic Boys’ Secondary School, London. He is also member of the Brent Youth parliament where he is the current Chair of the group, an association which aims to allow and boost young peoples’ voices and let them be heard. Through this, he has gained amazing attributes such as public speaking and improved self-esteem. He is also a member of the subsidiary body, Brent Youth Debates where young people debate on topical issues affecting the Brent community and UK as whole.  He received Jack Petchey award in 2019 as ‘The Best Debater’. Apart from these, his other hobbies include reading a good novel, watching action movies and listening to music.
Dhruvi Patel – Preston Park Primary School
Dhruvi Patel is a Year 6 pupil at Preston Park Primary School. Currently, her life is full of exams and study as she is completing the 11+ entrance examinations. Her hard work of many years has finally paid off and she has been accepted into a grammar school and is awaiting results for the second round of Henrietta Barnett along with several other schools she has applied for. She likes to spend her free time reading a wide variety of books, poems and also occasionally writing. She understands that there are many issues in the world and they can be changed just by simply recycling our rubbish or turning off our lights, but also feels that not many are aware of the impact our actions have on the environment. She would love to be an active member in ensuring the world we live in has a brighter future and is quite passionate about the theme of gender inequality and child labour.
Dillon Donnelly Trimble - Newman Catholic College
Dillon is a Year 11 pupil at Newman Catholic College in Harlesden, North West London. He is very interested in politics and has been actively engaged with London Citizens for 5 years. Dillon played a key role in the recent campaign to install lighting in Roundwood Park and was also the youngest person to speak to Brent council. In addition to politics Dillon has a passion for history and debating. He has competed twice at the Blenheim Palace annual debate and has been a member of the NCC debating club for three years. When not immersed in History and politics, Dillon is actively pursuing his interests in martial arts and acting! His ambition is to become a lawyer.
Rithvik Gudlavalleti - Brahma Kumaris World Spiritual University
Rithvik is a student of Brahma Kumaris World Spiritual University and has been practicing meditation from a very young age. He is also a 3 rd  year University student studying Aeronautical and Astronautical Engineering at Southampton University. As a Student Ambassador of the University of Southampton for over 2 years he has been able to pursue his passion of connecting and working with young people. He has worked with the student recruitment and outreach team to lead and support the delivery of a variety of on and off campus activities, residential events, and mentoring schemes with young people. Alongside that, he also tutors mathematics in his free time and encourages his tutees to develop a positive mental attitude towards learning. Furthermore, he has developed his skills of creative film making, editing, directing, and acting through his involvement in the monthly edition of Family Meditation Hour – a fun educational series which raises the awareness of the benefits of meditation. He is also keen on his physical fitness and enjoys playing badminton and practices Shorinji-Kenpo (martial art).

There are currently no planned dates. 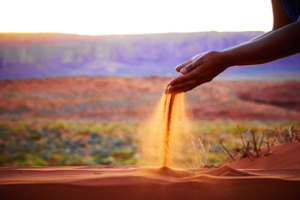