The Brahma Kumaris World Spiritual University (UK) teaches Raja Yoga as a way of experiencing peace of mind and a positive approach to life. We provide opportunities for people from all religious and cultural backgrounds to explore their own spirituality and learn skills of reflection and meditation based on Raja Yoga philosophy, which can help develop inner calm, clear thinking and personal well-being.

Across the UK we work with national and local organisations and community groups in such areas as inter-religious dialogue, youth programmes, prison outreach, social work and women’s and men’s groups. BKWSU (UK) was established as a charity in 1975 and charges no fees for any of its activities, being funded by voluntary contributions.

Brahma Kumaris (UK) is part of a network of organisations in more than 100 countries, with its spiritual headquarters in India.

The spiritual headquarters of Brahma Kumaris is in Mount Abu, India. At a national level, activities are co-ordinated by local people in alignment with the spiritual principles of Brahma Kumaris, working in accordance with the laws of the land. Activities of international interest are co-ordinated regionally from offices in London, Moscow, Nairobi, New York and Sydney.

The role of women as spiritual leaders

Brahma Kumaris is a network of organisations around the world that is led by women. It was the founder, Prajapita Brahma Baba, who chose to put women in front from the very beginning, which has set Brahma Kumaris apart on the stage of the world's religions and spiritual organisations. For over 80 years their leadership has been characterised by steady courage, a capacity for forgiveness and a deep commitment to unity. Although women hold the top administrative positions, the women who hold these positions have always made decisions in partnership with the men. It is a partnership and consensus model of leadership, based on respect, equality and humility. As such, it stands as an exemplar of accomplished and harmonious jurisdiction. 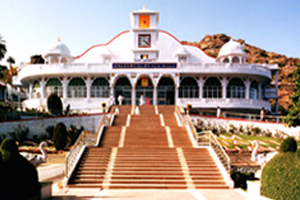